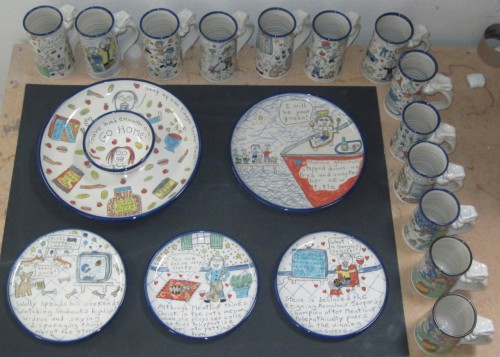 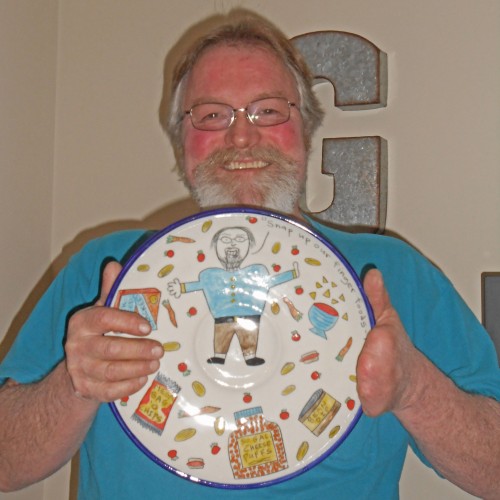 We’ve done literally hundreds of custom orders over the past twenty years here at Wallyworld, and I’ve developed an odd ritual for getting these orders completed during the holiday season. What I do is tell all the customers that their orders will be shipped out the first week in December, put all the custom orders on a clipboard and wait until the day before the day we load the second to last firing of the year. Then I get out the custom orders and do them one by one until they are finished. It’s kind of like taking a test, so I start with the easiest ones and work my way up to the most difficult designs.  As you can see, this year we had a great crop of weird designs. By far the most ambitious was the chip and dip bowl/platter ensemble seen above.  It was a gift for a guy who is missing four fingers on his left hand, hence the “finger foods” joke.  It is important to note that I don’t come up with these ideas, I’m just doing what my customers want me to draw for them.  Here is a nice little sampling of some of the stuff we shipped out last month. 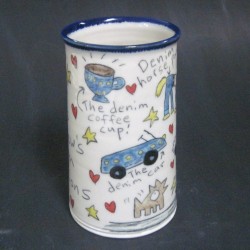 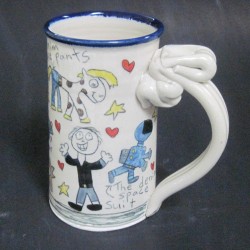 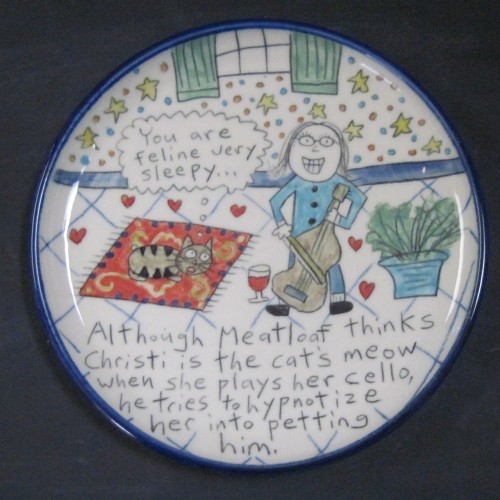 “Wally goes to tomatomania with Stephen”: 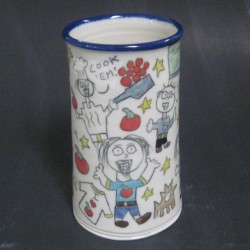 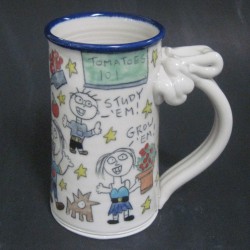 And here’s one that was a real challenge.  I had to recreate a child’s drawing that was made twenty years ago: 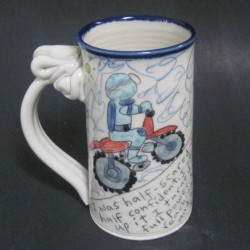 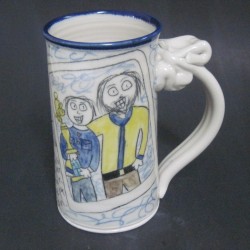 The very last two mugs I decorated this year were Christmas gifts for my daughters, Robin and Monica.  Robin moved to Seattle last June so I commemorated her year with a cartoon based on the Robyn Hitchcock song, “Viva Sea Tac”: 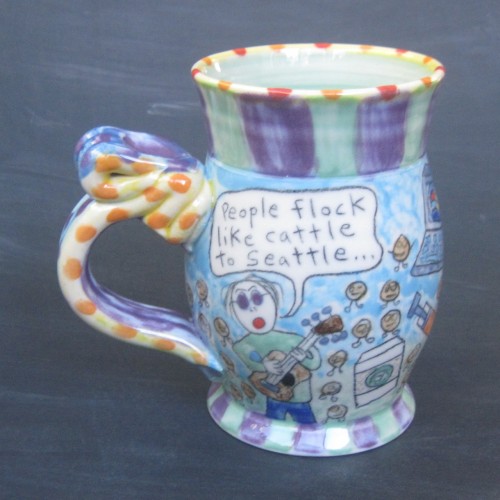 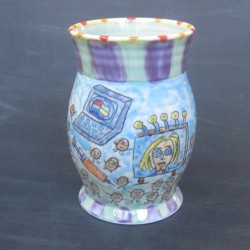 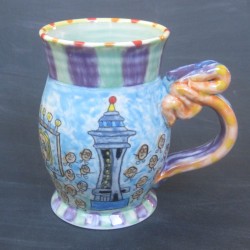 And while Monica is one of the toughest people I know (she teaches middle schoolers in a low income school and has hiked to Everest Base Camp while deathly ill, among other things) she is afraid of moths, garbage disposals and opening Pillsbury crescent roll tubes: 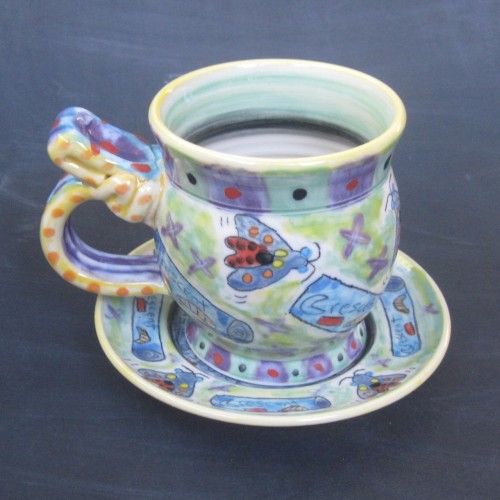 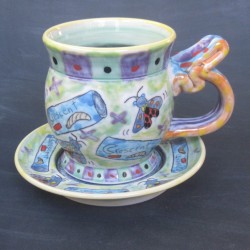 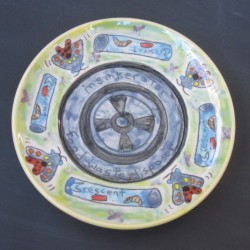 My shoulder is almost back to normal now, but the experience of breaking an arm has made me appreciate my profession even more and I’m inspired to do some of my most ambitious work ever in the coming year.  To jump start my creativity, I’m doing a new series of 52 one of a kind mugs each inspired by a different They Might Be Giants song.  These mugs will be debuted on Etsy every Monday in 2015 starting in two weeks.  I’ll  have over a dozen of them coming out of the kiln next week, so look for some great pics coming to this blog in the near future.  Here’s a sneak peek of them waiting to be dipped in clear glaze: 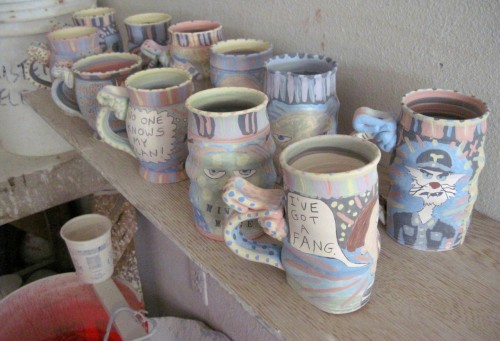 This entry was posted in Custom Orders, Family, Gift Suggestions and tagged custom order pottery, They Might Be Giants mugs, Tom Edwards pottery. Bookmark the permalink.