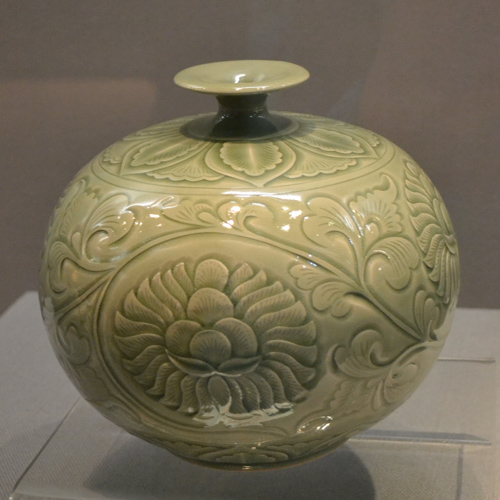 Over the holidays, I had a five week break from making pottery because our family took an amazing trip to Asia.  Monica is spending her junior year in college in the PacRim program at the University of Puget Sound. She and twenty-four other students are taking classes in Mongolia, Malaysia, China, Vietnam, Cambodia and India.  I highly recommend taking a look at her blog to learn more about all the things she’s been doing on the other side of the world.  I’m so impressed with that kid, to say the least!  So her adventure led to our adventure coming to visit her for Christmas in Hong Kong. Lori and I spent eight days touring China the week before Christmas, and while we were in Hangzhou, a capital city in the Yangtze River Delta we read about a “Song Dynasty Kiln Museum” in our tourist guide book.  It turned out to be a real find as it’s a major archeological site for Chinese porcelain.  During the Song Dynasty (960-1279), the hills in this region were filled with climbing dragon kilns.  These wood-fired kilns get their name from the flames that leap out of their mouths and sides when they are fired. 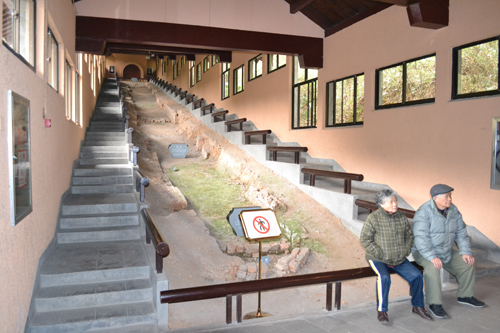 These kilns were huge! The one at the site pictured above is 44 yards long and could hold thousands of pots. Besides the pottery studio and kiln excavations, there were numerous displays of Song Dynasty pots as well as an impressive collection of contemporary porcelain pieces.  When I started making pots in the 1970s, it was the Chinese celadons and copper reds that inspired me the most.  It was such a treat to wander through this museum and think about the long history of my profession. 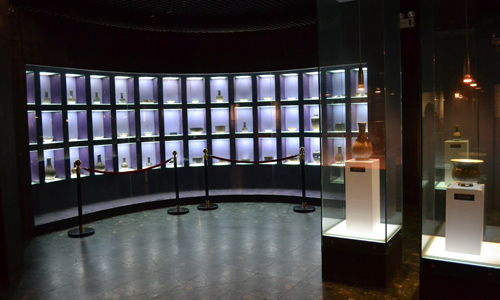 We had so many great experiences on this trip and some of them involved finding food.  After the kiln museum, we had a meal in a true “hole in the wall” restaurant. It was delicious, cheap and a bit chilly due to the holes in the walls! 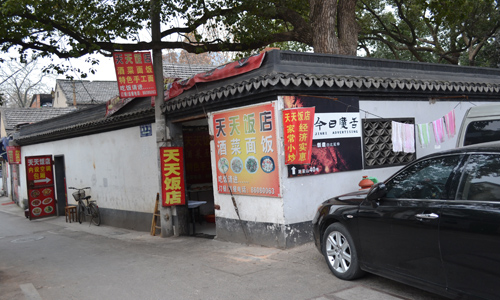 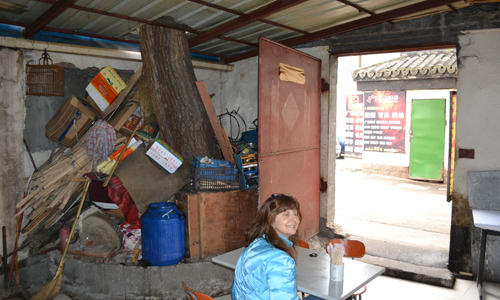 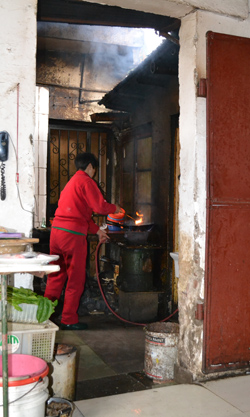 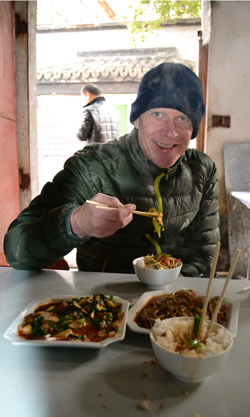 And last but not least, check out the rare Ming Dynasty traffic cone that I discovered!!! 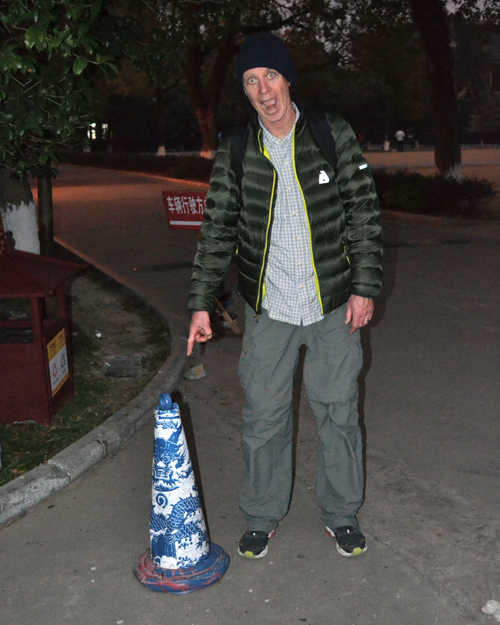