I have two distinctly different bits of news from the running world to share today.  The first is on the lighter side and was in fact published this month in the section of Colorado Runner Magazine called “The Lighter Side”.  Last summer they ran a contest where readers were asked to send in their funniest running stories.  I had a good one so I wrote it up and sent it off.  Lo and behold, it took first place and I won a free entry to The Rock ‘N Roll Marathon in Tempe.  I ended up selling my entry to the race, but it was fun to see the story in print.  My memorial beat out stories about getting shoes stuck in mud, using a maxi-pad as a shoe insert and a bout of uncontrollable diaherria at a track meet.  (EEEEEW!)  So I think the best tale won.  You be the judge:

“I was a junior at UC Santa Barbara it was the first week of organized workouts for the intercollegiate cross country team.  We were taking a couple of the new members on a run that finishes up on the beach.  As we descended a trail that leads to the beach, we practically ran into a couple making love in the sand on the beach.  We all breezed passed them silently and the new guys were totally floored, to say the least.  Later, we made a lot of jokes about ‘the natural flora and fauna at UCSB’.”

My other sports news is about the passing of Coach Sam Adams.  He died last Monday at the age of 78.  I was fortunate to have been coached by “The Rock” during my four years at UCSB, and he was a great guy to know.  He was quiet, gentle and humorous.  His forte was the decathlon.  In the late 70s I was there to see him coach star pentathlete Jane Frederick, who was America’s best throughout the late 70s and early 80s.  The film, “Personal Best” was based on her life, and it’s like a time machine for me to watch as a lot of the track scenes have Jane and other athletes I knew from that era.  Sam, you will be missed! 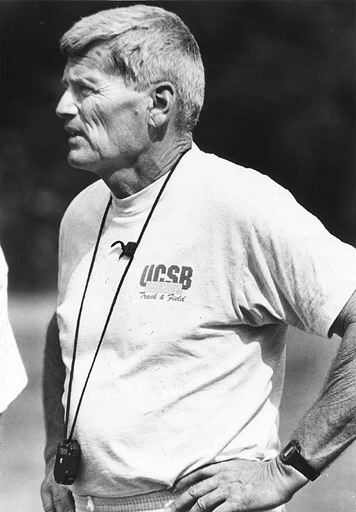 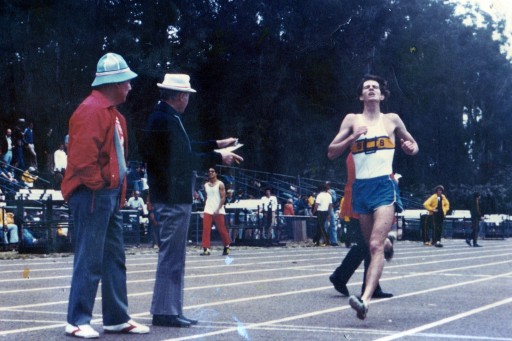 This entry was posted in Humor, Running and tagged coach sam adams, colorado runner, the rock. Bookmark the permalink.