And the winner of the 2012 Holiday Ornament Design Contest is… 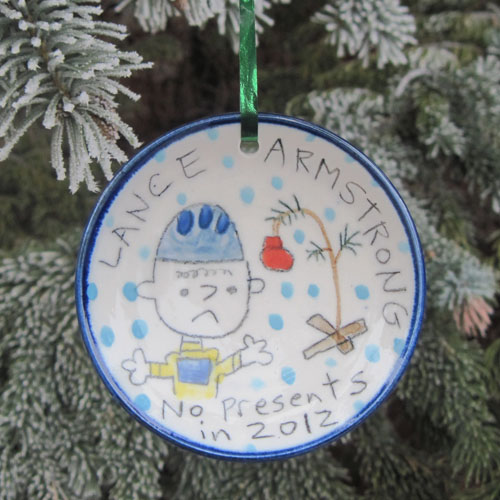 …Pam Hamilton and her stunning Lance Armstrong/Charlie Brown idea!  This is my favorite entry out of well over a dozen submissions to our yearly ornament design contest.   One of the secrets to Pam’s success is that she hit us with a Don Rickles-esque slew of topical digs at celebrities and politicians (the worst of the bunch: “Which home for the holidays?”  Tom and Katie pulling Suri Cruise apart like a wishbone.  Ouch!)  So when I drew up the rough draft for the Lance Armstrong design, my wife and I realized we’d like to give some of these to our cycling friends and it was apparent that there just might be a good niche market for this design.  We’ll see.  If you want to vote with your credit card, zip on over to our online store and grab a few.  They are wheel-thrown, hand decorated and sell for a mere $12.50 each. 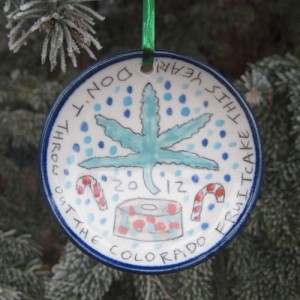 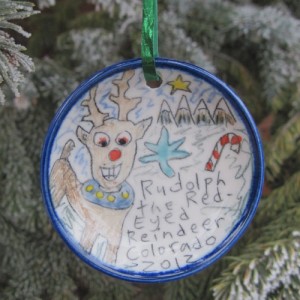 Here are two more new ornaments for 2012.  In case you didn’t know, marijuana will soon be legal in Colorado, so some ornaments commemorating this milestone in the Mile High region seem like a must.  Personally, I think it’s kind of sad that the healthiest state in the U.S. is now going to be known for legalizing a drug that addles the mind.  But I’m certainly not above making jokes and trying to make a buck off of the situation here in the land of the Rocky Mountain High.  “Don’t throw out the Colorado fruitcake this year” and “Rudolph the Red-Eyed Reindeer” are available in limited quantities at our online store. 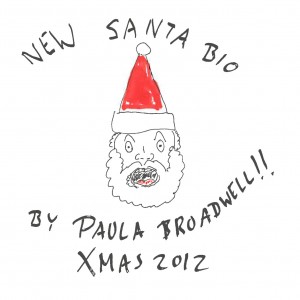 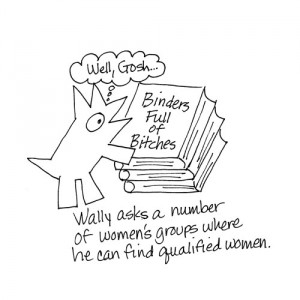 And last but not least, here are two honorable mentions from the contest.  We received a lot of Paula Broadwell/David Patreus jokes and my favorite of the bunch was Michael Doherty’s allegation that Santa Claus is the next shoe to drop in this sordid affair.  And it wasn’t beneath Suzanne Davis and Katrina Garcia to go for the “B” joke in their commemoration of one of the most memorable moments in the 2012 U.S. presidential debates.  A gracious “Thanks!” to everyone who submitted ideas this year.  You people are nuts.  We’ll do it again in 2013 because it’s such a fun tradition.  Merry Christmas!!!

This entry was posted in Gift Suggestions. Bookmark the permalink.