2017 State of the Studio Address 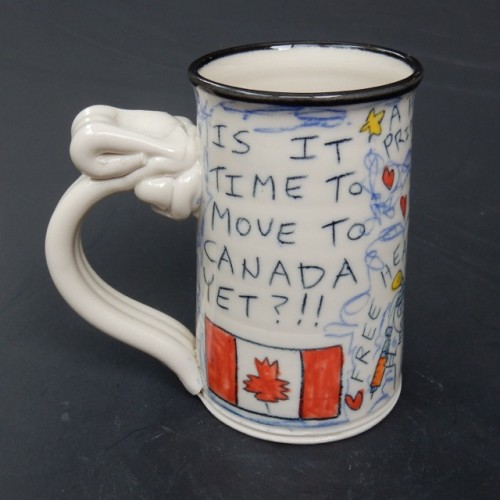 First and foremost, let me present my latest offering to the zeitgeist of distraught and disaffected liberals: “IS IT TIME TO MOVE TO CANADA YET?!!”  I pulled 28 of these out of the kiln on Monday and by Tuesday afternoon they were all either sold or shipped off to various consignment accounts.  Unfortunately, I won’t be getting another firing out until mid-March so if you want to buy one in my online store, it’s going to be a while before we can ship it to you.  Here are the other views of this new classic: 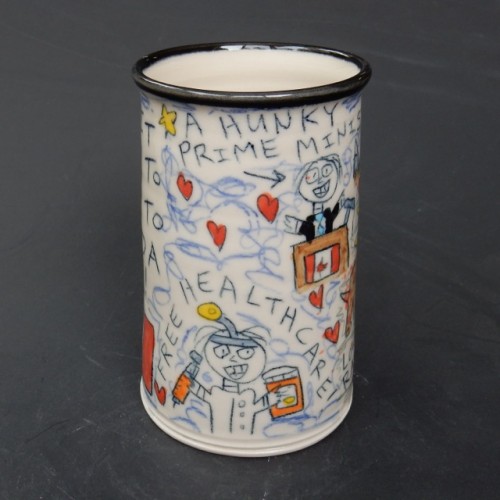 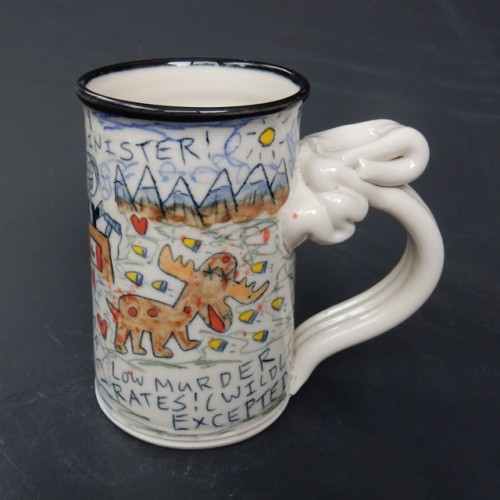 I do have a great selection of the majority of my stock items right now, so don’t let the news about the unavailability of this design stifle your desire to buy something in my online store.  Braxton has some crazy new stuff in his store, too.  His latest new item is the appropriately titled, “Gob-mug.”  Part goblet, part mug, these odd drinking vessels will make you feel like a king or queen when you guzzle your morning coffee and make your plans for world domination.  Also new in his store are some really tasty beer steins. 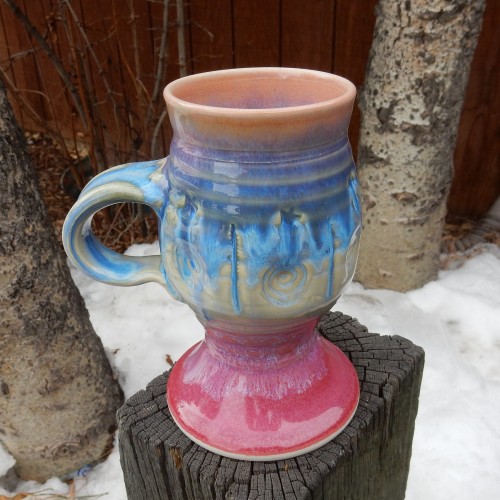 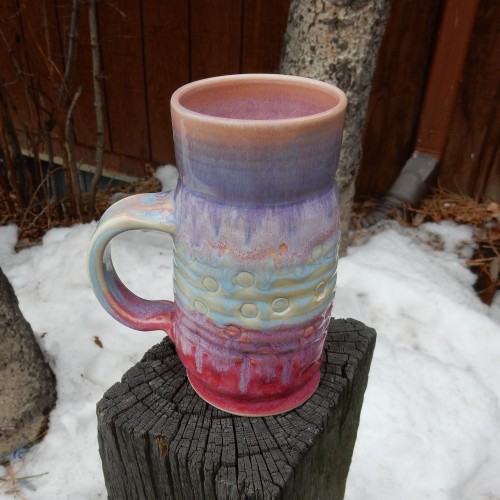 And the even bigger news than that of my little pottery business is the success of my daughter, Robin’s (aka Lisa Prank) music career.  Her album, Adult Teen received a ton of rave reviews throughout the year and she did an amazing job promoting the album through extensive touring.  The culmination of all of this effort came when Adult Teen got the #10 spot on Rolling Stone critic Rob Sheffield’s “Top 20 Albums of 2016.” As a parent and a super music fan, it was a profound feeling to see my kid’s music up there with the likes of Beyonce, David Bowie, Radiohead, Leonard Cohen and others. 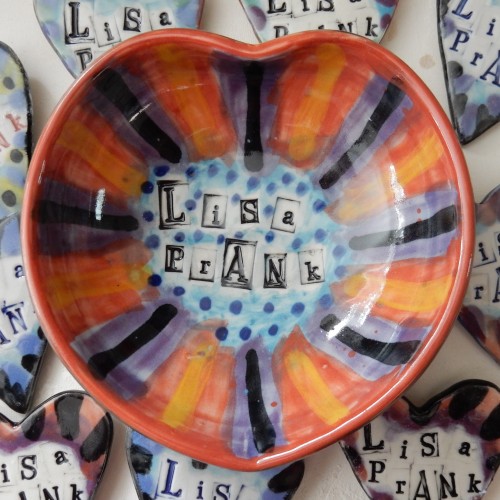 And last but not least, I’m doing an odd side project right now called Postcards to Trump.  Last weekend I started sending a postcard a day to our new president.  It’s a lot like doing a daily political cartoon, and I’m amazed at how easy they are to create.  I’ll keep doing this project for as long as possible, as it’s a nice creative endeavor for me as I take a hiatus from pottery over the next month or so.  Friends are already saying I should turn it into a book deal (ha! ha!), but the main thing is to see if I can keep it going for as long as I can.  In all seriousness, I’m totally freaked out by the fact that we have a crazy person in the White House.  But the upside of this reality is that it’s a rich source for my political humor.  Please come back to this website if you want to get some laughs out of the struggle ahead.

This entry was posted in New items and tagged braxton phibes, is it time to move to canada yet, lisa prank, postcards to Trump. Bookmark the permalink.