NOTE: THE NOAH VAN SCIVER COLLABORATIVE SERIES IS FOR SALE IN OUR ONLINE STORE 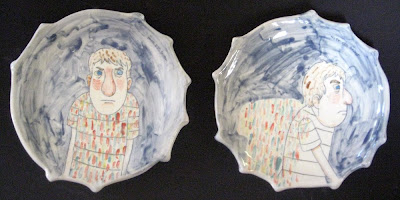 The kiln is out, everything looks good and I seem to be spending a lot of time fussing with the pots today. Taking photos, assembling clocks, gluing magnets and putting together the consignment list has taken a lot more time than it did to ship out the regular wholesale orders I dealt with yesterday. It always amazes me how making your best pots is way less profitable than making your average pots. But it will be fun to have an opening and I’m looking forward to seeing what kind of response these new pieces get.

I’m thinking about adding four pieces to the show that weren’t done by Noah. Two of them were collaborations with Chris Smith and the other two were painted by John Lacey. All four are some 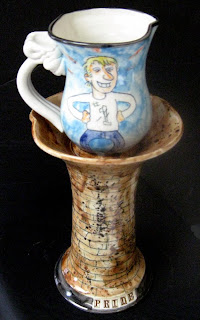 of the most novel and ambitious pieces I’ve ever been a part of, and they have been gathering dust in my studio for years now. I’ve invested a fair amount of hourly wages in them, and it would be nice to recoup some of my investment. Also, I can put a high price on them and it will make Noah’s “high ticket” items seem not quite so expensive. All four are posted below, and I think it would be nice to get them out of the studio. The first one, a shallow bowl entitled “Chris Smith is a Fucking Genius” took a total of eight hours to decorate. Let me see… with wages, withholding and workers comp, I’ve probably got close to $120 invested in this one. So if I sell it for $250, the gallery gets half and I make a cool five dollars profit. The other ones weren’t quite so time-consuming to paint, but they do represent a high water mark for my art. Yeah… I can afford to get rid of them. It’s time. 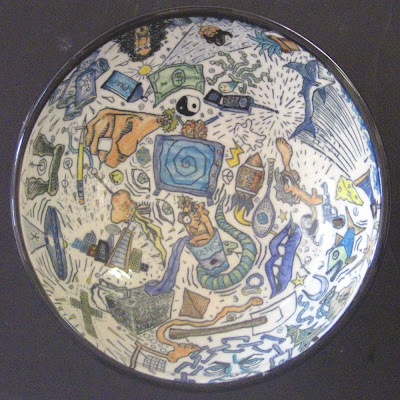 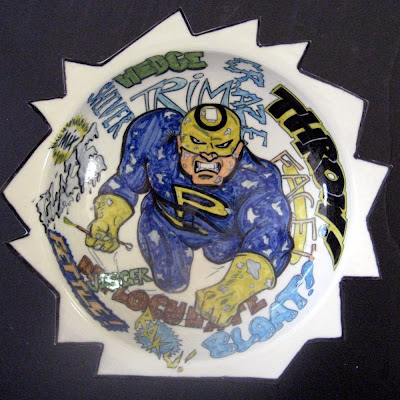 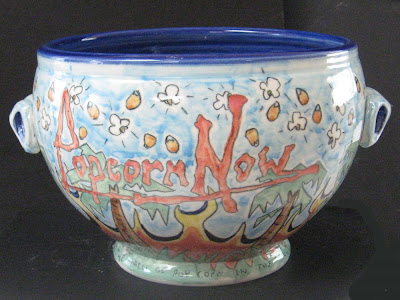 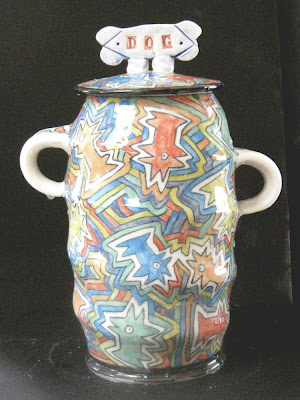 This entry was posted in Uncategorized and tagged Noah Van Sciver, Tom Edwards. Bookmark the permalink.

One Response to It’s Showtime!