I can’t even estimate how many various adventures my imaginary dog Wally has had over the past twenty-five years. The total number is probably close to a thousand, especially if you count all the various custom orders I’ve produced. Wally has been commissioned to motorcycle jump over wedding parties and “wrestle” with Hillary Clinton, just to name a few. Today I’m going to take another trip down memory lane and present you with my top ten favorite Wally cartoons of all time.

WARNING: SOME OF THESE JOKES CONTAIN DRUG REFERENCES AND SEXUAL SITUATIONS THAT MAY NOT BE SUITABLE FOR YOUNGER AUDIENCES. PARENTAL DISCRETION IS ADVISED…. REALLY!!!!

#10: “Wally finds a way to secure increased funding for NASA”. I really like the simplicity of this one, and it was a good simple political joke for the aftermath of the Iraqi invasion in 2003. 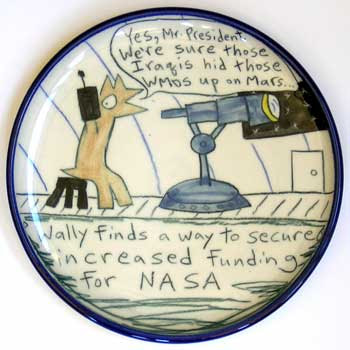 #9: Wally comes home to find his house completely redecorated and Martha Stewart waiting in a bathtub filled with whipped cream”. When I first came up with this idea, I thought it was too racy to sell in stores. Wrong! 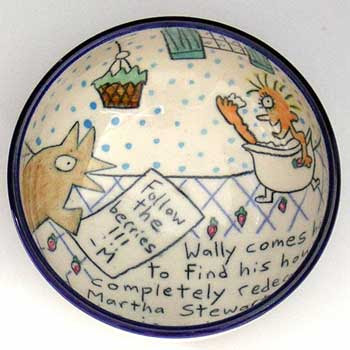 #8: “Jerry Garcia wills Wally the marketing rights to his obscure but memorable exercise video”. I did a number of Grateful Dead jokes with Wally in the 80s and 90s, so when Jerry died I was compelled to commemorate his passing. This cartoon was printed in Bill Husted’s column in The Denver Post in 1995. 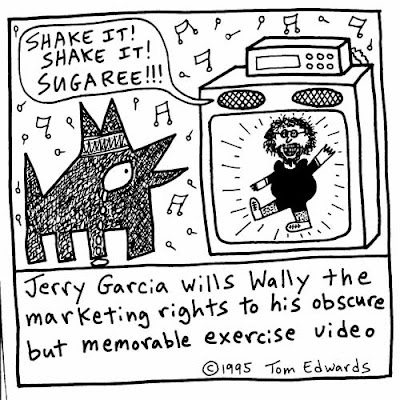 #7: “Wally is diagnosed with a clinical case of caffeine dependency, thus enabling him to park in the handicapped spaces at Starbucks”. I suppose the fact that this one is our #1 top selling Wally mug helps, but it’s still a really solid joke. I’ve drawn it on pots well over a thousand times! 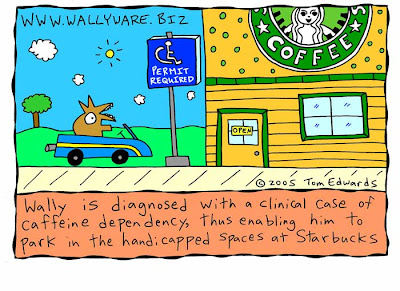 #6: “A ‘Random Acts of Kindness’ seminar inspires Wally to beat up a masochist”. This joke was inspired by the witticism: “A masochist is someone who is kind to a sadist”. 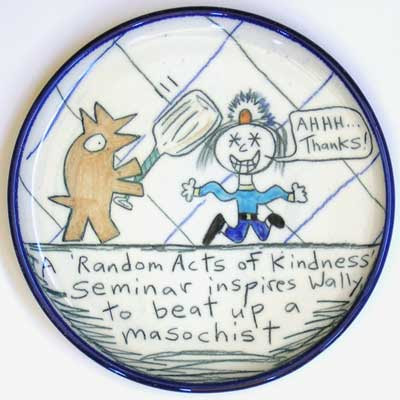 #5: “Wally makes the mistake of using George W. Bush for his lifeline on ‘Who Wants To Be A Millionare”. We made a ton of these five years ago, and I still really like the hook in this joke. 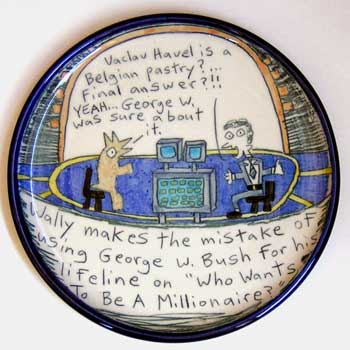 #4: “As luck would have it, Wally’s trip to Disneyland falls on the same day as The Apocalypse”. I love the premise of this one: the happiest place on Earth on the last day on Earth. 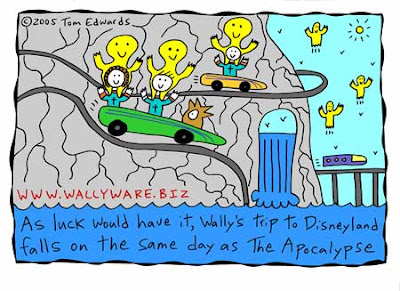 #3: “Wally guest stars in a ‘Love Is’ cartoon”. I never could convince my wholesale accounts to carry this one, but I still think it’s about as funny as it gets. Perverted, but funny! 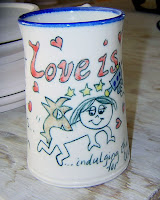 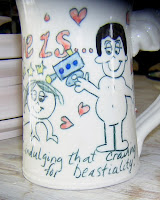 #2: “Wally buys the ‘Lost in Space’ robot on eBay only to have it nag him about how much time he spends shopping online”. If I could think of one joke as simple and funny as this every day, I could do a syndicated cartoon in the newspapers. 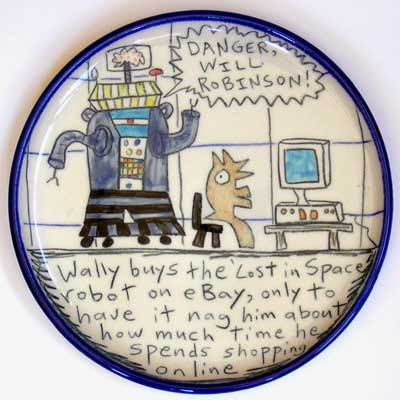 #1: “Wally experiences a blind date so bad, it causes severe psychological damages”. I had a really great guy who worked for me for about a year, and his name was Kyle. One day he told me about a friend of his who took LSD and watched the movie ‘Faces of Death’. Yikes! I just took that story one step further here, and I think it’s wonderfully dark and weird. 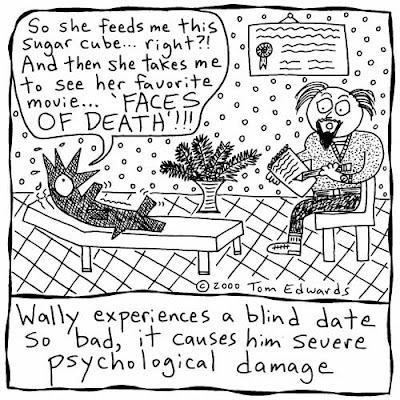